This is a true story about how an acid attack victim has survived inspite of all the tough times she had to go through and how she eventually has found a reason to live. She chose to fight unlike other victims like her who were discouraged by families or were reluctant to come out of their homes.

Laxmi was going to the Mehrotra Book Depot. It was a part of her routine. She sold books there at the book shop. She had to work hard apart from studying for her school exams too. The target of selling at least  thirty books every evening was a challenge for her. She had never reached her target. It would be always a twenty eight or twenty nine. But never a thirty. Laxmi had made up her mind to do her best that day.

Probably, Mehrotraji would then give her a bonus and then she would be able to get herself her favourite set of bangles she saw some day at a nearby shop. Laxmi left for work early that day. Her mother had fed her with fresh chapatis and onion that day. She was happy and excited about reaching her target that day.

She reached the Ring road and there he was standing on the opposite side of the road, as usual. She had not expected him to be there that day as she was leaving early for her work. She pretended as if she didn't notice him. Her pace got faster than ever. She tried to get into the market crowd and covered her head with her dupatta. Everything seemed useless. She heard a screeching sound of his voice.

"Arrey madam! Yeah, you the red dupatta one! Please listen to my heart and soul, madamji! At least give me your number!"

Laxmi didn't turn back. She knew that it was that creepy guy who always was there on the opposite side of the road and tormented her daily. It had been a month since she had been trying to escape from him. He was too much to handle. Laxmi tried to ignore her always. Things had gone out of her hands when she was shocked to see him standing in front of her in the crowd. He looked scary. 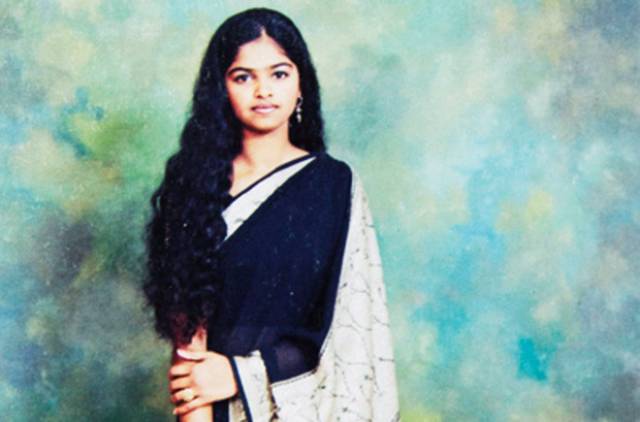 The paan he was chewing was oozing out from the sides of his lips and the dirty greasy shirt he was wearing was speaking out aloud that he was some kind of mechanic who worked on automobile repair. The spanners and the wrench that were coming out of his torn trousers were enough to give information about him.

Laxmi stood still among the infinite people resembling a thousand houseflies feeding on garbage and excreta in the crowd. As still as a dead corpse. He came to her. Not a single man or woman came out of the crowd to help her. Each damn housefly was busy. He was like some scavenger hunting for the best left overs from the crowd, standing only half a metre away from her. Laxmi moved back.

"Arrey madamji! Don't be afraid! I will not do anything. I love you since the day I saw you in that green saaree. Will you marry me some day? Why not just roam around for some days with you?"

"Obviously no! Please let me go."

Laxmi hurriedly left that marketplace and reached the service road. It was now only a ten minutes walk from there to the shop. She felt somewhat relieved after leaving that place. But some peculiar noise was still haunting her. Footsteps were approaching nearer and nearer. Laxmi felt as if someone had tapped on her shoulder and she turned back.

" How can you talk like that to me? Remember that you are a girl after all!"

He ran away from that place. Like a frightened mouse. The liquid felt cold for some time on her face. It was a very hot day. The scorching heat of the sun was too less for her to bear until she had  experienced the burning sensation of acid that day. That man had splashed her face and neck with acid. Laxmi could feel her face melting away like an Icecream. She couldn't even touch her face. She wailed as she sat on the side of the road hoping for someone to help her. The numerous vehicles on the road and the countless office goers, teachers, labourers were busy with their lives. Nobody came forward to help her. Soon she felt unconscious and couldn't see a thing. The acid had gone deep into her eyes and had taken away from her the power to look at the colours of the world forever. It had blinded her and she was hit by passing vehicles on the road. There she was on the road with nobody to look at her. 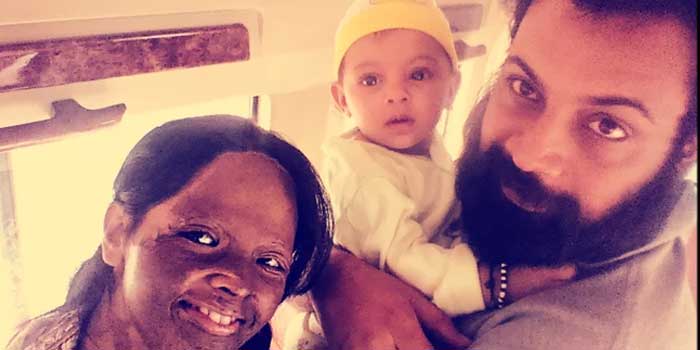 She gained her conscious when she was lying on her bed and she was surrounded by some doctors and her family members. The white walls if the hospital  seemed unfamiliar to her. She saw her mother weeping constantly. A number of questions were running through her mind.

That is how a typical fifteen year old girl would think about her life after an acid  attack. Laxmi was heartbroken. She felt like she had failed everything in her life. Nothing was there left for her to think about. She was afraid of looking into the mirror again. It seemed as if the acid had fed on her flesh with a lot of lust. Her eyeballs were popping out of her skull. She was blinded forever. All she could feel was an intense feeling of hatred for men.

But things had changed for her because God helps those who help themselves.

Laxmi Agarwal is an Indian campaigner with Stop Acid Attacks and a TV host. She is an acid attack survivor and speaks for the rights of acid attack victims. She was attacked in 2005 at age 15, by a 32-year-old man whose advances she had rejected. Her story, among others, was told in a series on acid attack victims by Hindustan Times. She has also advocated against acid attacks through gathering 27,000 signatures for a petition to curb acid sales, and taking that cause to the Indian Supreme Court. Her petition led the Supreme Court to order the central and state governments to regulate the sale of acid, and the Parliament to make prosecutions of acid attacks easier to pursue.

She is the director of Chhanv Foundation, a NGO dedicated to help the survivors of acid attacks in India. Laxmi received a 2014 International Women of Courage award by US First Lady Michelle Obama. She was also chosen as the NDTV Indian of the Year.