Mahendra Singh Dhoni, the Indian cricket team captain, was born in Ranchi Bihar (now in Jharkhand) in east India on 7 July 1981. He has done his study from the DAV Jawahar Vidya Mandir where he was wholeheartedly interested in football and badminton.
MS Dhoni belongs from a very typical family. His father, Mr. Pan Singh, worked in MECON at junior management position. His mother Devki Devi is a housewife. He has a sister named, Jayanti Gupta, who is a teacher and a brother named Narendra Singh Dhoni, who is a politician. 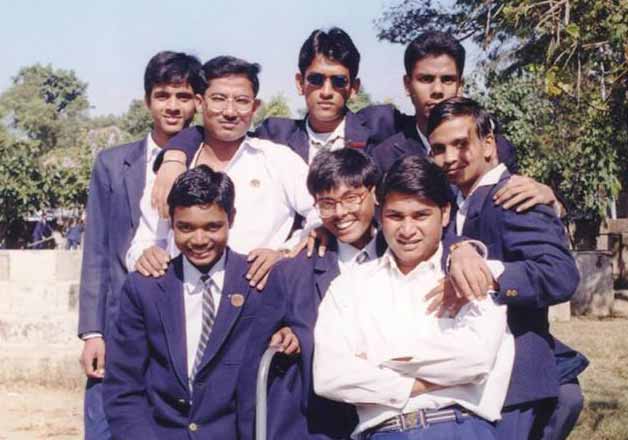 MS Dhoni was the goalkeeper of his football team and he had played up to district and state level. Although he was not interested into cricket, on the insistence of his football coach, he tried to play cricket.

MS Dhoni was played well in cricket especially well which allowed him to enter into a local cricket club named the Commando cricket club, where he played from 1995-1998. At the last session from 1997-98, his outstanding performances in the Vinoo Mankad Under-16 Championship attracted the selectors.


Then he was selected for the next season of Bihar U-19 squad. He worked very much on his cricket and improved his batting and keeping performances which at last led him to be selected for the Bihar Ranji Trophy squad for the 1999/2000 season. His first match was against Assam team and he made unbeaten score of 68.


Dhoni made his first century in the very next season but he was able to score at an average of about 40 runs per game till the 2003 season. 2003 became a milestone for him and he was selected to the India A team which going to Kenya to play a tri- series tournament against Pakistan A as the third team. In that series he played so well and scored 362 runs at an average of 72.40 with his unbeatable centuries against Pakistan. 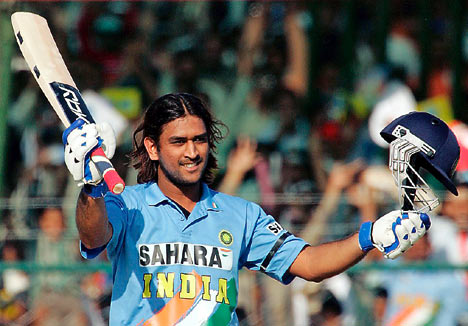 As Dhoni played excellently in domestic matches and international tours, he made a place in the ODI squad for the tour to Bangladesh in 2004-2005. On his first match, unluckily he was run out for a duck but at his 5 th ODI match against Pakistan, he made 148 runs in 123 balls and called as match winning player in the Indian squad. With this excellent performance he had recorded the maximum score by an Indian wicket keeper as well as fixed his place in the team.


In the 2007 world cup he made a score of only 29 runs in the three matches with two ducks which made to the knockout in the group stages. But Dhoni came back with his excellent performances which all made him the captain of the Indian T20 squad in September 2007. After that Dhoni led the team to win the debut World Cup T20 in South Africa. 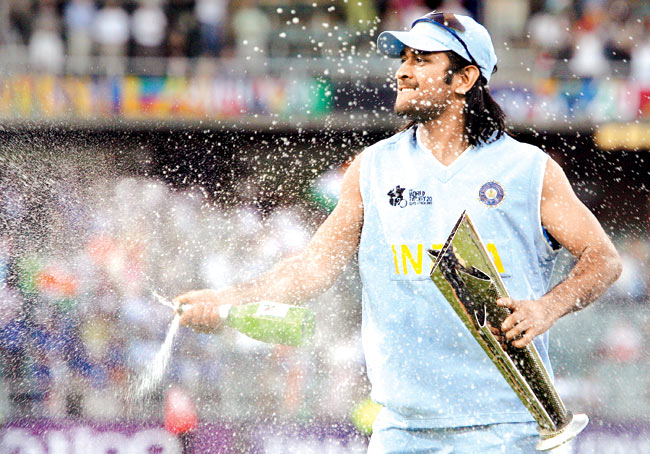 
As a Captain Cool 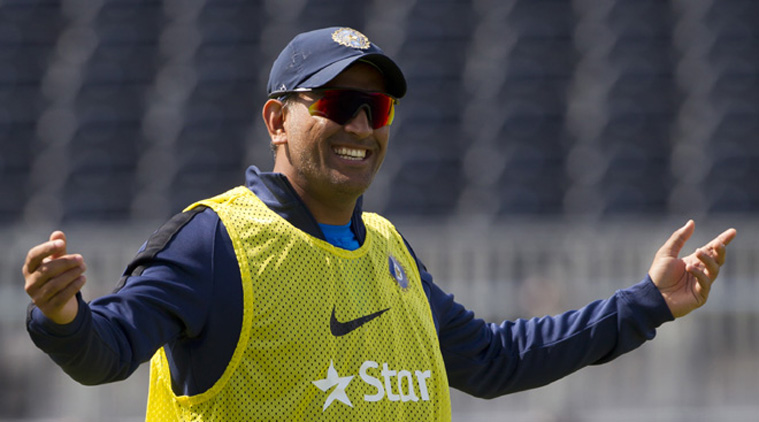 
Dhoni remained a part of the World ODI XI for 6 years in a row from 2008-2013.  Government of India awarded the highest sport honour, the Rajiv Gandhi Khel Ratna to Dhoni in 2008 for his excellent performances. Dhoni advertises more than 15 products as of 2013 and became one of the most marketable players in the world. In June 2013, Dhoni became the 16th highest paid sportsman in the world with yearly earnings of $31 million. He is also one of the most successful Indian sportsmen that the world has ever seen.
Milestones


In his cricket career, Dhoni has reached a many milestones.Dhoni became the captain of the Indian cricket team for T20 World Cup in 2007. In this world cup Indian team won the match and they returned from South Africa with the trophy. After that he was then made the permanent captain of the Cricket team for ODIs too.

In 2009, the score of 729/9 of Indian team against Sri Lanka was the Highest Test total ever. Under his reign the Indian team won the2011 ICC Cricket World Cup and he became the second Indian captain after Kapil Dev to do so. Dhoni is also the only captain who had taken home both the ICC world cups (T20 and ODI). 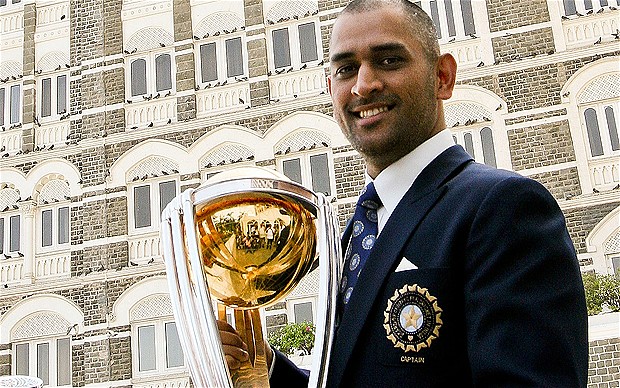 On 17th January 2008, Dhoni became the first Indian wicketkeeper with five international dismissals in an innings against Australia, equal to Gilchrist’s record. As a wicket keeper batsman, he has some highlights in the batting fields also. His blow of 183 not out is the highest score of any cricketer who has ever made in the second innings of an ODI and then he broke the record of Brian Lara’s153*.

In the very innings Dhoni hit 10 Sixes, the most number hit by any Indian in a single inning and made 120 out of that 183 from Boundaries alone ( 15 Boundaries, and 10 over-boundaries). Dhoni made it to 1 in ICC ODI batting Ranking, the second batsman to do so. 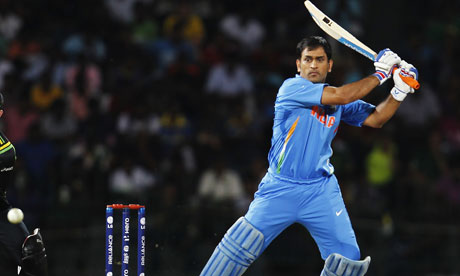 In the season of 2014-15 Dhoni took retirement from the test cricket.His stumping in his last test match helped him to break the record of Kumar Sangakkara of all time stumpings (134). He also broke the record for the maximum number of dismissals by any Indian Wicket keeper.

As a wicketkeeper, he completed his ‘Double’ (4000 runs, 100 dismissals) in just 114 innings. He’s the sixth in the world to do so, and the youngest one also who have achieved that feat. Dhoni is only wicket keeper in the world who has taken a wicket. He is not just a batsman and a wicket keeper, but he also has proved himself as a bowler too. He took the wicket of Travis Dowlin of West Indies.

Dhoni had signed up with Chennai Super Kings in 2008 in the Indian Premier League. He had won the trophy twice in the last six seasons. He is the only captain who has achieved this feat. 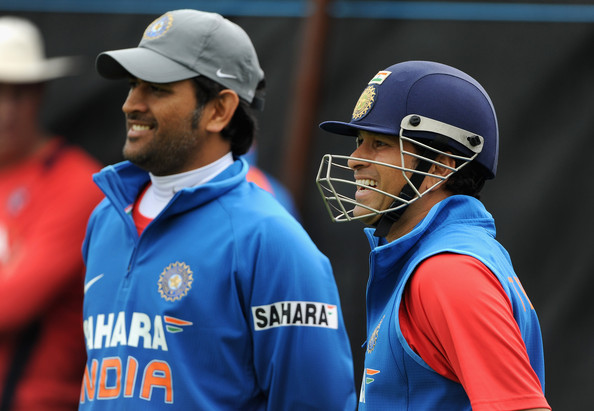 In 2010, MS Dhoni married Sakshi, his childhood love. Sakhshi was his classmate while he was at DAV Jawahar Vidya Mandir, Shyamali, and she was then studying Hotel Management in Kolkata, and working at The Taj Bengal as a trainee. They have known each other from their childhood and their families are close friends as well. Sakshi’s family is native to Dehradun, Uttarkhand. And their family moved back once her father retired from his service. 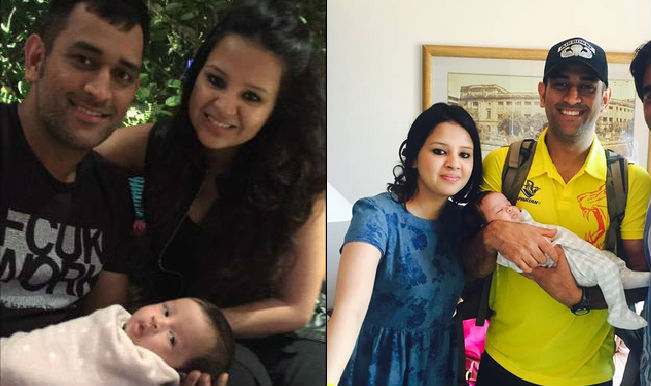 Although they had a very short engagement ceremony (just one day), Dhoni’s friends told the interviewers that the wedding was properly planned and executed. Among his friends list was Bipasha Basu, the renowned model and actress is a close friend of Dhoni’s.
In February of 2015, Sakshi gave birth to a baby girl named Ziva.