Preethi Venugopala is a civil engineer turned writer and a popular blogger from Bangalore. She has written four Amazon bestselling novels till now including ‘Without You’, ‘A Royal Affair’, ‘His Sunshine Girl’ and ‘The Princess and the Superstar’. Her short stories have been published on Juggernaut books, Womenweb, and in various anthologies. She is also one of the co-authors of the prize-winning novella ‘The Awakening’ which won the Game of blogs competition conducted by Blogadda. 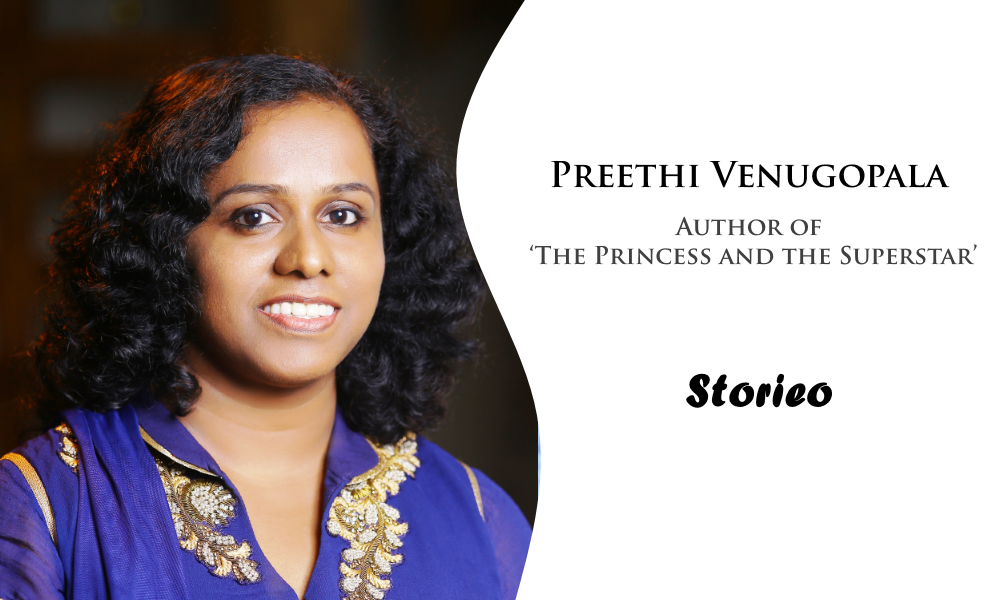 Blurb: ‘The Princess and the Superstar’ 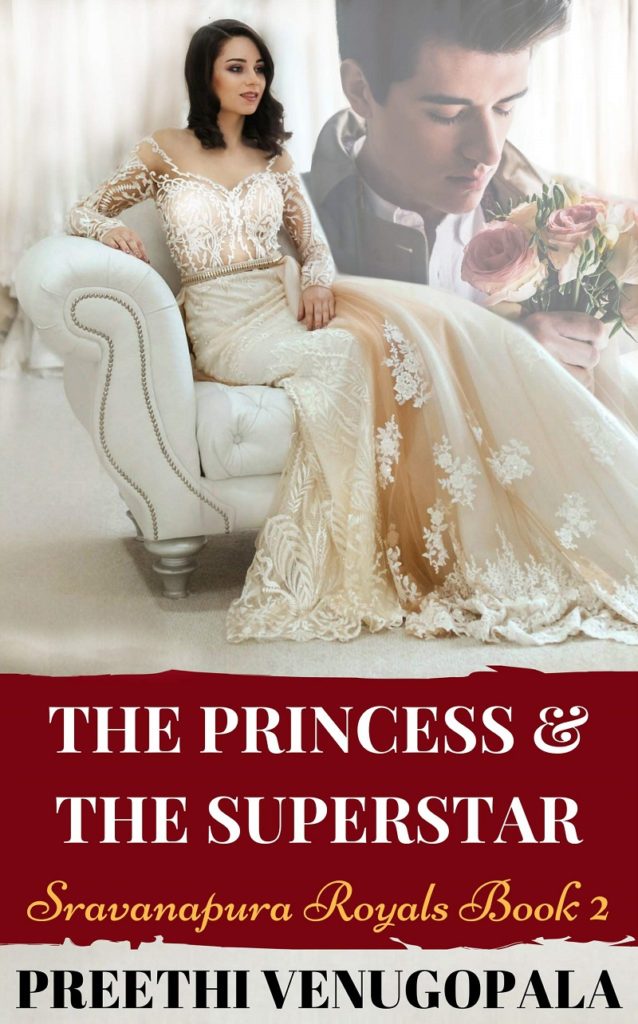 Saketh Rao aka SR, India’s latest Bollywood heartthrob, has bagged the role of a lifetime: to play Hari Varman, the doomed royal scion.
When he arrives at Sravanapura Palace with his director friend Rajeev Ratnam, little does he know that his life is about to change forever!
Princess Kritika is overjoyed that Saketh Rao will play the role of her ancestor. But when she comes face to face with the arrogant superstar she is determined to scuttle the project.
Fate, however, has different plans for them. The feisty couple is soon head over heels in love with each other.
As they uncover the secrets of Hari Varman’s life, Saketh makes a discovery that can rip them apart and their new-found love.

What is the story behind your book. Where did you get your idea for the book?

‘The Princess and the Superstar’ is actually the second book in the ‘Sravanapura Royals’ series. When I introduced Princess Kritika in book one, many of the reviewers and readers expressed a wish to read Kritika’s story.
Kritika was writing a book about her ancestors in book one. My readers wanted to know about one particular ancestor, Hari Varman, who is a star-struck lover in book one. So I thought what if a movie was about to be made about Hari Varman, the doomed royal scion, and an actor came to study more about him, it would be interesting.
Many other plot points and mysteries came to me as I plotted the novel and that is how the book came into being.

Writing a novel is a challenge especially if the world you have created for the characters is fictional. Sravanapura RoyaIs and Sravanapuram are purely fictional. I had to research the Indian Royals and history. Also as the hero is a movie star, I had to research about movies as well.
Life of an author depends on the hours he/she can dedicate to writing. If I can’t stick to my writing schedule, stories would remain inside my imagination and never appear on paper. So, I have to be disciplined, guard my writing time and write whenever possible.

Choose a job that you love and you would never have to work a day in your life.

I write whenever I get time. When I am doing my chores, I think about dialogues, scenes or thoughts that I can use in my story. It is like I am writing inside my head even before I sit down to write. I write in sprints. I can’t sit in front of the computer for more than 25 minutes at a time. Short sprints of 20-25 minutes using a timer work better for me.

This book is the first one among my books which followed the novel plot structure to a T. I was amazed by how easy writing a novel became when the plot was thoughtfully done. Another thing was I completed writing the first draft within a month.

Willpower, Imagination and Optimism are the three essential ingredients to be a happy and successful author.

I am in the middle of writing my fifth novel. It is a standalone novel. Part three of the ‘Sravanapura Royals’ series will be my next project after that.

Always complete what you begin. That is the most important thing to learn for any writer.

Exercise the writing muscle every day, even if it is only a letter, notes, a title list, a character sketch, a journal entry. Writers are like dancers, like athletes. Without that exercise, the muscles seize up.
– Jane Yolen