It is a tale of four generation of a family, James McGregor, Kate Blackwell, Tony Blackwell, Eve and Alexandra. 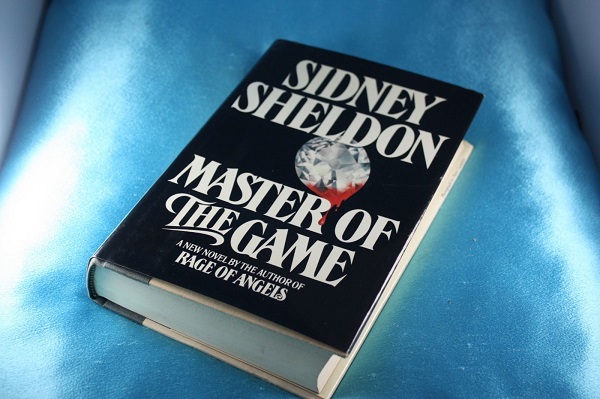 MASTER OF THE GAME

‘Master of the Game’ is among the best and most popular creation of Sidney Sheldon. It is definitely all time favorite fiction for many people. It is a tale of four generation of a family, James McGregor, Kate Blackwell, Tony Blackwell, Eve and Alexandra.

The story starts Kate Blackwell, one of the most powerful and richest woman in the world, celebrating her ninetieth birthday. She sees all her absent friends and enemies as ghosts of past. When the Supreme Court Judge raises a toast on the occasion of her birthday, he praises her a lot. However, Kate doesn’t agree with him as she knows that there are lot of things that he doesn’t know. She is indomitable like James McGregor, her father. The journey of James McGregor from Scotland to South Africa is full of struggle, adventures, betrayal and revenge. He was the founder of Kruger Brent Limited, he started the company to get revenge from Kate’s maternal grandfather, Van Der Merwe. He marries his daughter, Margaret out of convenience for the sake of their son. He never acknowledge her except one drunken night, he assumes her as his mistress and sleeps with her. Kate was the product of that night.

Everything goes smoothly in Jamie’s life until his son dies, he gets a stroke when he hears the news. Margaret gets a chance to get close to him this time. But he soon dies, Margaret takes over Kruger Brent Limited and runs it with her manager, David Blackwell. When Kate was still young, she dies because of cancer. Kate becomes the new owner of the company. Eventually, she falls in love with David Blackwell but the feelings were not mutual. That’s when Kate unveils her other face, she ruins David’s engagement and manipulates him for marriage. David Blackwell, unaware of this all facts, loves her unconditionally till his death. After that Kate never gives it a rest, she loves, plots and manipulates every member of the family to ensure that her family business remains in family. She takes the business to a new international zenith. Tony, Eve, Alexandra and many others were the pawns of her game. She dominates every character of the novel. Even at the end, she plots for her great-grandson, Robert to take the reins of the Kruger Brent Limited. These are some quotes, I loved from the novel;

“Business is a game, played for fantastic stakes, and you’re in competition with experts. If you want to win, you have to learn to be a master of the game.

“If. A two-letter word for futility.”

“Jamie enjoyed solitude, but loneliness was a constant ache.”
“The future was clay, to be moulded day by day, but the past was bedrock, immutable.”

Sidney Sheldon has a boundless imagination. Hats off to his unique and most interesting way of storytelling. He has amazing power of character weaving. You can never decides whether you love the character for their strengths or hate them for their wrongdoing or mistakes. In the novel, Jamie McGregor is a very determinant, hardworking, and passionate person. He struggles a lot to achieve his dreams and gets betrayed. But he does many bad things to get his revenge. Sheldon throws the ball in reader’s court, they can paint the character in either in good or bad light. It’s up to them. Kate is one of the strongest character throughout the novel. She is a survivor. But she also single mindedly dominates everyone for selfish reasons. She never ceases to amaze. Sheldon tells about her desires and intentions. He brings out her character so vividly that you develop a prejudice. Almost all the characters are open to criticism like David wanting his wife to quit her job and become a home-maker, Tony’s passiveness, Eve’s evilness etc.

This is very intriguing and interesting novel. It is a perfectly written. Every page of the novel has a different twist and turn. It always keeps you guessing, but no matter how hard you guess, your prediction is never right. You can’t get enough of the story till the end. It is an impulsive page-turner with a universal appeal. The tale is the perfect mixture of intrigue, suspense and passion.  You must read it. I bet it will be one of your best read.

Shikha Kumari
Published in Book Review on May 25, 2017