Natural disasters are a wake-up call to humanity…

When there was Bushfire in Australian Town near Perth 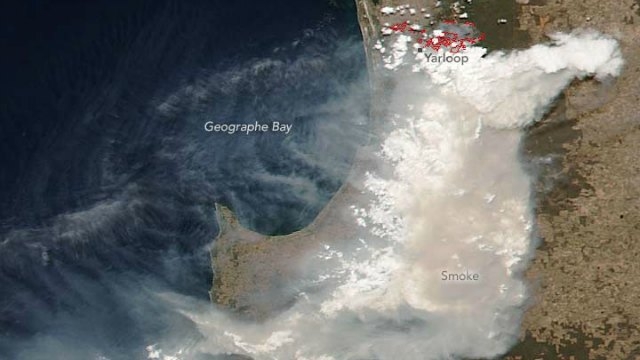 It was January 6, 2016, the predictions made for the disaster became reality when lightning triggered a fire in Lane Poole Reserve, Australia. The bushfire  spread rapidly, overran Yarloop, a small town near of Perth. Red outlines in the picture indicate hot spots where VIIRS detected warm surface temperatures associated with the fire.

When Oil Tank Fires in Libya 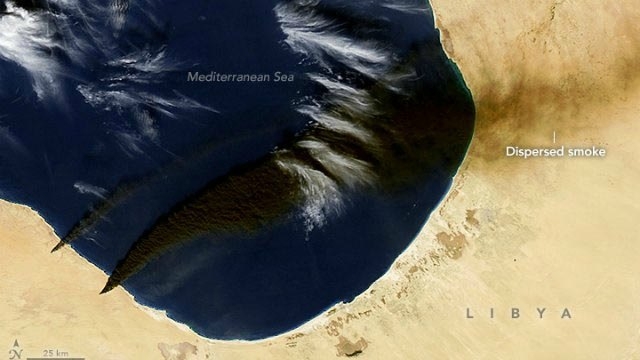 There was battles in Libya on January 4–6, 2016, as a result  oil production and storage facilities came under fire near Sidra, on the coast between Sirte and Benghazi.   Across the Libya’s Mediterranean coast, smokes plumes out made a black day in beginning of new year.

When Contaminated Rio Doce Water Flows into the Atlantic 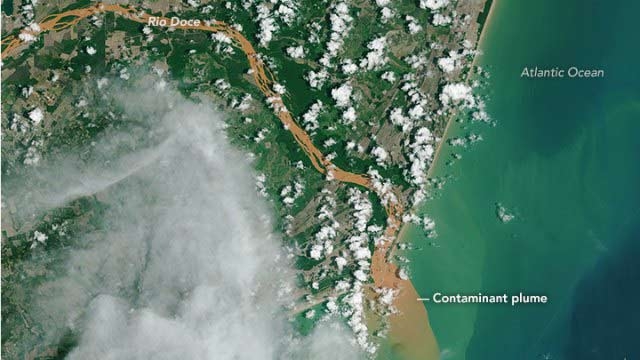 It was November 5, 2015, a tailings pond dam failed at an iron mine in southeastern Brazil, resulting in flow of lot of contaminated water sediment into tributaries of the Rio Doce (Sweet River). Floods killed more than 13 people in and displaced several hundred people.

When Fire Burns in Mumbai Landfill 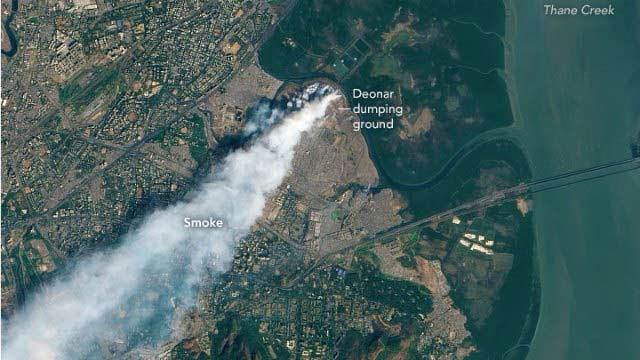 It was January 27, 2016, sensors on the Terra, Aqua, and Suomi NPP satellites began to detect evidence of smoke and fire at the Deonar dumping ground in Mumbai near the Thane creek. The fires continued to burn for four days, created disastrous condition for densely populated areas of Mumbai.

A Blizzard by Moonlight 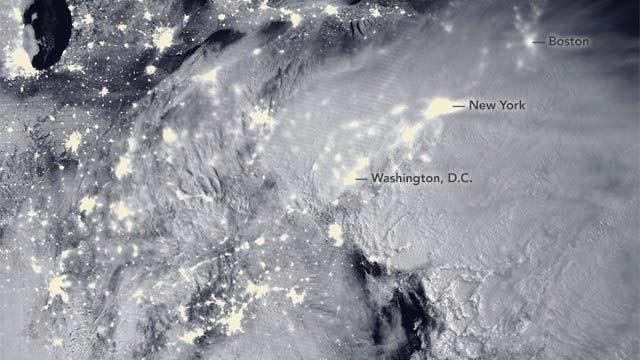 This image of the US East Coast blizzard on January 23, 2016, was composed through the use of the VIIRS “day-night band,” which detects faint light signals such as city lights, moonlight, airglow, and auroras.  the image, the clouds are lit from above by the nearly full Moon and from below by the lights of the heavily populated East Coast. The city lights are blurred in places by cloud cover.